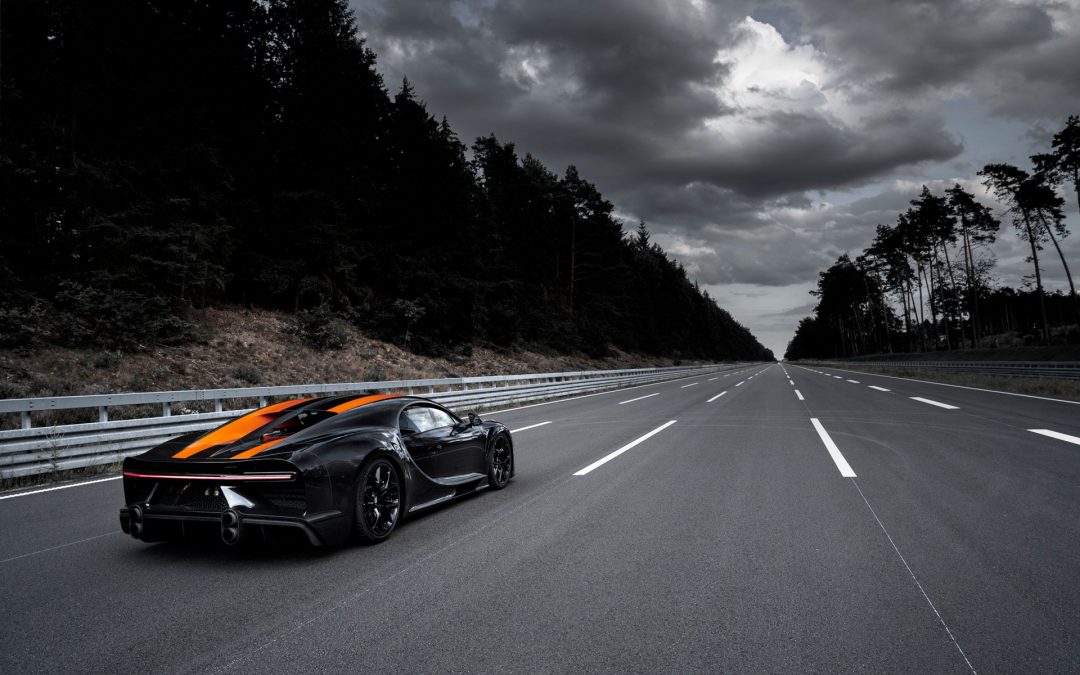 The technology required to make a car go 304.77 mph is amazingly interesting. It’s a mix of nerd disciplines that includes a long fascination with cars. Bugatti has been on top of the speed world for a long time, and this milestone is exciting. It comes with a sad note, however, as Bugatti announced they going to “withdraw from the competition to produce the fastest serial-production cars.” I would have liked to have seen them push just a little harder to break the 500kph before hitting the brakes.

Ever since the Bugatti Chiron was launched, with a 261-mph speed limiter, we’ve been desperate to know what it could manage if let off the leash. Now Bugatti has done that at the vast Ehra-Lessien test track in Germany; the car smashed both the production-car record and the 300-mph barrier.

Factory test driver Andy Wallace, who previously set production-car records in both the Jaguar XJ220 and the McLaren F1, drove a slightly modified Chiron to a time, certified by the German TÜV organization, of 304.773 mph.