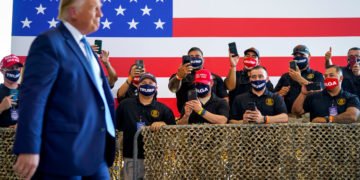 The idea of a “kill switch” for the internet, or Facebook, seems ominous. This article warns of Donald Trump, but would this power be used the same way if Biden were to dispute election results? I find it shameful whenever any political voices are squeezed out of the discourse.

acebook spent years preparing to ward off any tampering on its site ahead of November’s presidential election. Now the social network is getting ready in case President Trump interferes once the vote is over.
Employees at the Silicon Valley company are laying out contingency plans and walking through postelection scenarios that include attempts by Mr. Trump or his campaign to use the platform to delegitimize the results, people with knowledge of Facebook’s plans said.