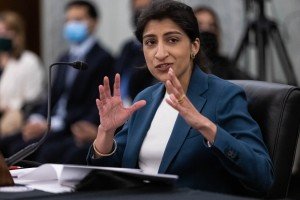 The FTC is adjusting a little, but they are pursuing Facebook as maintaining a monopoly since 2011. This includes where Facebook bought out competitors, or so heavily attacked them that they couldn’t survive. The expressed FTC goal is to force Facebook to restructure or sell off some of the properties like WhatsApp and Instagram, but I fear that by the time they get to the other end of all of this, that all entities will have evolved to a point where the case will have to be reworked again.

The Federal Trade Commission filed an amended antitrust complaint against Facebook on Thursday, adding new evidence and claiming that the tech giant had maintained a monopoly since 2011. The new suit came after a federal judge blocked a previous antitrust complaint against Facebook in June. FTC Chair Lina Khan, a critic of big tech companies, cast the deciding vote on the complaint despite Facebook’s request that she recuse herself. In a statement, the FTC’s acting Bureau of Competition director Holly Vedova said, “After failing to compete with new innovators, Facebook illegally bought or buried them when their popularity became an existential threat.” Facebook responded in a statement, saying, “The FTC’s claims are an effort to rewrite antitrust laws and upend settled expectations of merger review, declaring to the business community that no sale is ever final.”