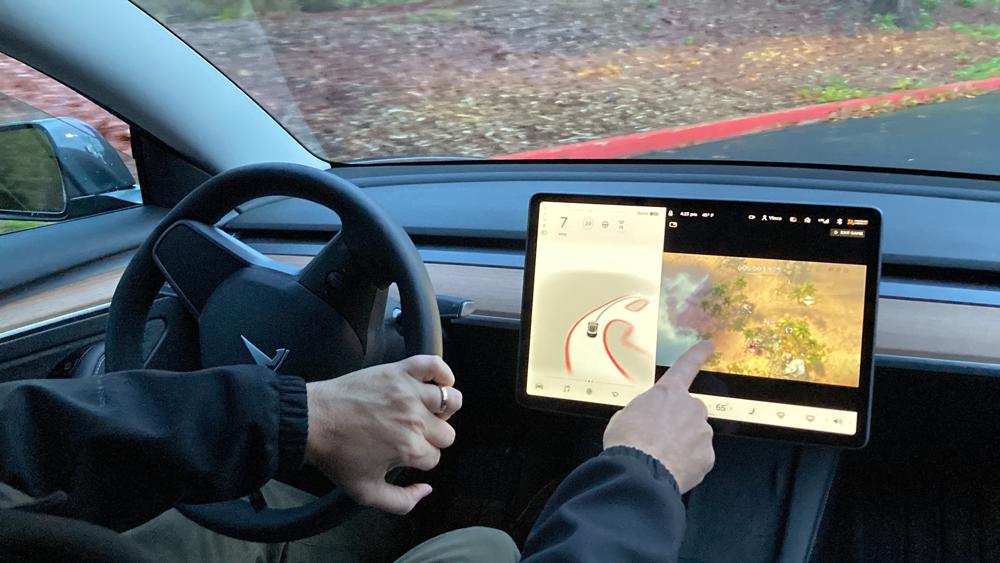 Just when you thought that texting and driving was bad, apparently people are surfing the internet on the laptop sized touchscreen in their tesla. Or playing games. Or doing things other than paying attention to where the car is going. There’s a feature called Passenger Play that people are leveraging, and frankly, it’s scary. I imagine that we’ll see some changes coming out of this, as the National Highway and Traffic Safety Agency has started to peer into the problem.

ATHENS, Ohio (AP) — The U.S. has opened a formal investigation into the potential for Tesla drivers to play video games on a center touch screen while the vehicle is in motion. In a document posted Wednesday on its website, the agency says the feature, called “Passenger Play,” may distract the driver and increase the risk of a crash.