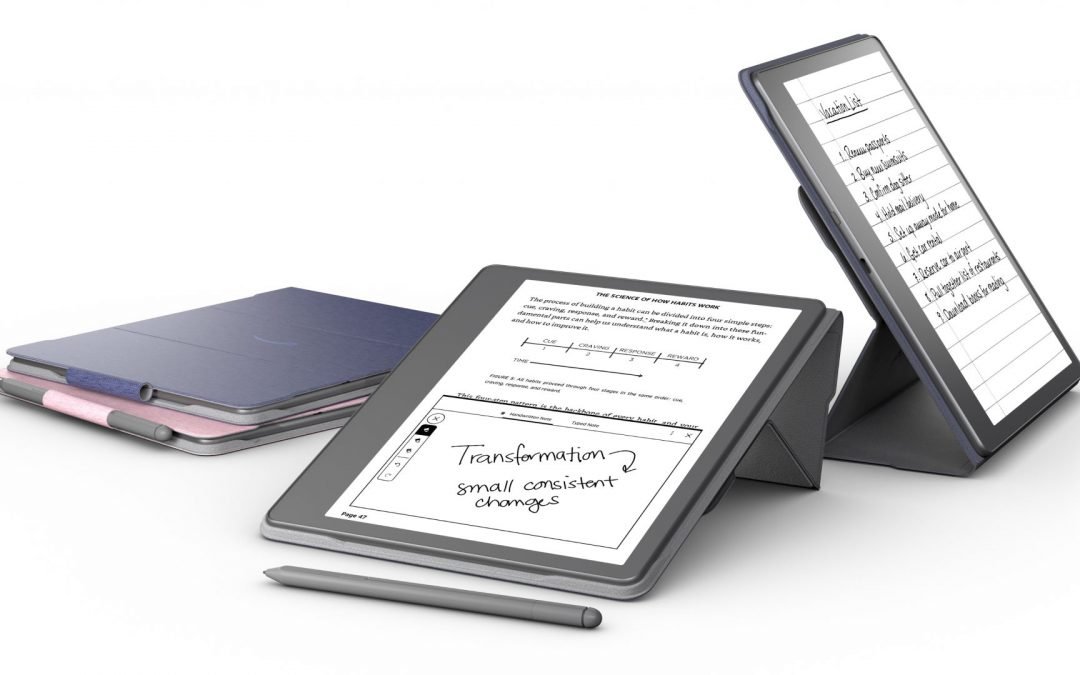 Amazon announced some cool items… not enough for me to spend a segment on, but here goes. Kindle Scribe, a Kindle reader with a pen for making notes, lists, and more, moving into the realm of the iPad, but cheaper after the pen. Halo Rise is a sleep monitor, smart lamp, and alarm clock which also monitors your home environment variables like temperature, light, and humidity. It isn’t another Alexa device, however… but the new Echo Studio variation is. There’s also a new Echo Dot, which now comes with temperature sensors, and built in Eero to expand your WiFi. Ring Security, Echo Auto, Fire TV Cube, and the Fire TV Omni QLED series all are new iterations over the previous, but will only likely interest people already looking for those products and their upgrades.

For Fall 2022, Amazon is introducing a Kindle you can write on, it’s loudest Echo speaker, and much more.