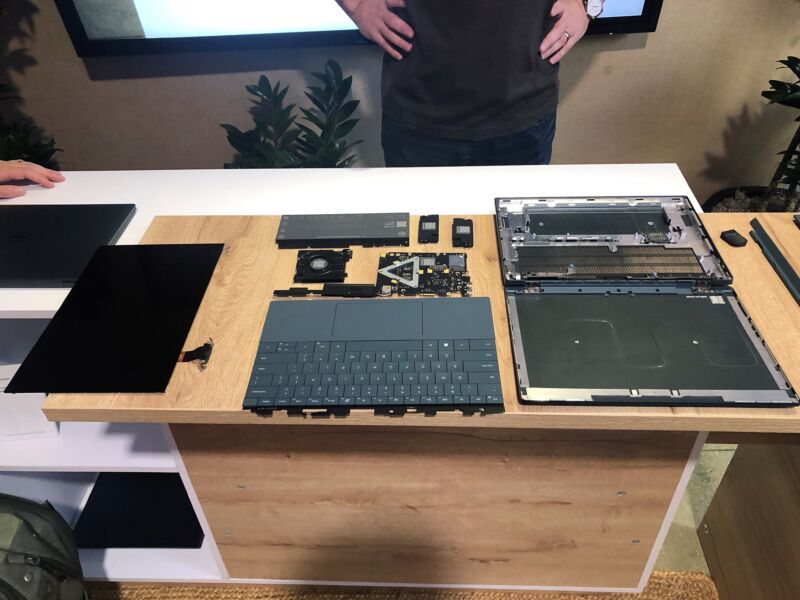 Dell came up with a new laptop design… it’s still in concept stages, but it’s design is all about ease of repair. Disassembly starts with a pin, and then can be done by hand from there. They state you can use almost anything that will fit in the hole. They appear to be chasing after another name, Framework, in their approach to appealing to those who want to handle their tech upgrades on their own. Contrast that to Apple’s intentional approach, with pentalobe screws, intentional non-upgrade paths, and nearly impossible to repair designs. Dell has apparently heard the saying… paraphrasing: “locks only keep the honest people honest, and anyone else can bypass them.”

We watched Dell dismantle the PC in well under a minute.