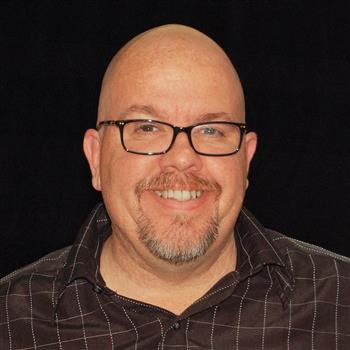 After getting married, he discovered Bulletin Board Systems (a type of precursor to the Internet as we know it), and became so fascinated with the concept that he set up his own BBS.  A friend offered him a job as a field technician in 1990, and Benjamin hasn’t stopped since.

While he casually refers to himself as a computer nerd, he doesn’t come across as the stereotypical obsessed nerd with a pocket protector.  Instead, he just seems like someone who is eager to help others.  From being a field technician and help desk technician, to being a specialist in various fields, all the way to having spent over 8 years as Information Services Director for various small companies, and a computer consultant for hundreds of individuals and small companies, Benjamin has seen his share of computer problems.

Benjamin has years of hands-on experience with computers, and a passion for learning new things and teaching them to others.  He works to ensure that he’s operating on the same wavelength as the people he talks to, and works to develop friendships at the same time.   Benjamin’s polite nature, patience and understanding come from having been in the shoes of the new user on many occasions.  With his easy going nature, he comes to the rescue and helps people see how their computer can work for them.

Benjamin’s background includes a wide variety of technical roles, from helping people turn on their computers, and building computer systems for his clients, to conducting training classes, network troubleshooting, and database programming.  Whether he’s developing a website, configuring a router, or tweaking a server, he excels at making things work.  Everyone with computers has problems with them, and he specializes in making sure their computers are running as well as his.

Benjamin lives in Southern California near some of the headquarters of the biggest names in the computer industry with his wife and son.