Keith M. Sedor is an Apple Certified Macintosh Consultant supporting Mac users for over 20 years.  A member of both the Apple Consultants Network & the Apple Certification Alliance, Keith supports both corporate & consumer Mac users in the entire state of New Jersey (plus border areas of Pennsylvania & New York.)

After a lengthy career supporting Mac users in the corporate sector that began with a 5 year stint at MacWarehouse in 1989, Keith took his passion for Apple & helping people with their Macs to a new level, when he started his own Mac consulting firm, Computer Consultants Group, back in 2006, when many of his clients began to refer to Keith as… ‘My Mac Guru’.

When Keith isn’t doing something Apple or Mac related, he is still the consummate nerd, with a lifelong love of both Star Trek & Star Wars, cars, consumer electronics, holiday baking, and he’s a total foodie!

With a lifelong passion for entertainment, coupled with his love of music, Keith was enticed to pursue his interest in being a radio DJ, after a chance encounter (at the age of 6) with legendary DJ, Don Imus, sparked the creation of his long-running college radio show, ‘Anything Goes’ with Keith M. Sedor  (“Where ANYTHING can happen… and USUALLY does!”).

Keith also spent much time on stage in leading roles in numerous community theater productions throughout the years.

These days, Keith enjoys spending his free time with his ever-growing family.  Keith resides in New Jersey with his wife, Deirdre, and their daughter, Quinn… who loves watching ‘Teenage Mutant Ninja Turtles’ and ‘Star Wars Rebels’ with her Daddy, while gleefully awaiting the arrival of her new sibling, this Halloween!

Learn more about our favorite Apple Certified Consultant by visiting Keith’s website:  MyMacGuru.com.  And be sure to ‘Like’ his Facebook page:  facebook.com/MyMacGuru to receive the latest Apple news, helpful tips, and FREE apps, every ‘FREE App Friday’!!! 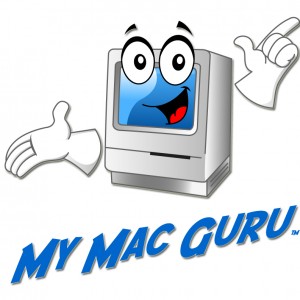