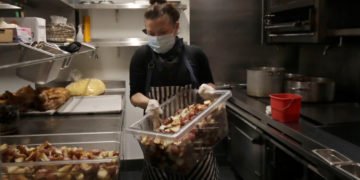 Google has started investigating bad reviews that are being leveraged to shakedown restaurant owners. Imagine a one-star rating for a high end restaurant, and along comes some reviewer who then demands a gift card to remove the bad review. The crazy thing is that the threats from the shakedown then apologize and say that this foreign person has no other way to make income but this. This extortion throws the review process into disarray, of course, as we sometimes have to rely upon these ratings to make quick decisions. I usually dismiss the top and bottom ratings and look for the real details in the middle.

Restaurateurs from San Francisco to New York, many from establishments with Michelin stars, said in recent days that they’ve received a blitz of one-star ratings on Google, with no description or photos, from people they said have never eaten at their restaurants. Soon after the reviews, many owners said, they received emails from a person claiming responsibility and requesting a $75 Google Play gift card to remove the ratings. If payment is not received, the message says, more bad ratings will follow.